I became interested in psychology as a teenager because I thought it could explain what was wrong with me. I took advanced level studies in college… but somehow all those dogs and bells, monkeys with wire mothers and drawings of neurons didn’t answer my question.

Obviously further study was the answer! At university (Keele, England) I took my first couselling course (in 1983) for the drop-in peer counselling centre. This was much more interesting. Over 12 weeks we had talks from the Samaritans, Alcoholics Anonymous, M.I.N.D… and I learned about reflective listening and the value of being heard. I still didn’t know what was wrong with me but, oh well, I could be useful and this stuff was very engaging.

In the final year of my undergrad I specialized in Humanistic Psychology. Finally psychology [psyche (the human soul) + logos (the reason)] was talking about people. Encounter groups, human potential, Eastern religions, gender studies, cross-culturally informed perspectives; I was hooked.

Graduated, emigrated, procrastinated, committed: A 3-year training program at the Gestalt Institute of Toronto. Why? The gestalt approach acknowledged the full range of who and how people are; complex, messy, juicy, wonderful, terrible – not just black boxes with input and output slots, nor simply thinking machines. And I learned there was nothing wrong with me. 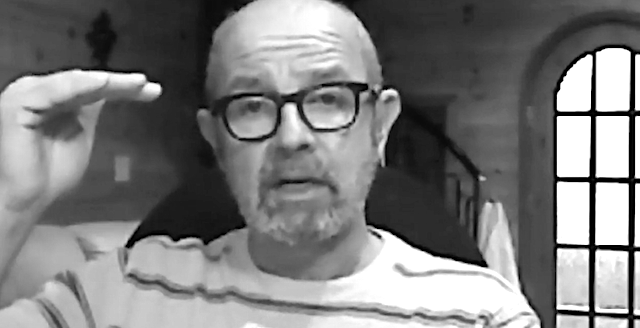 Private practice and 18 years of AIDS work (much of it concerned with grief and loss) taught me the importance of therapy in the context of peoples lived lives; and to not underestimate the impact of living in an oppressive culture that privileges the white, the male, the heterosexual etc and disadvantages the “others” in many ways. Not the least of which is the insidious way in which the dominant culture’s values percolate into parts of the psyche… how come I thought there was something wrong with me in the first place?

There remained, however, a nagging question: was I really making a difference in peoples lives? Was the therapy helping out long-term? Could the insights be incorporated into people’s lives? Or when they reached the end of their period of time working with me, would they revert to old patterns that didn’t seem to be serving them (despite the appreciations that many would offer me for “How I had helped them to change their lives”?)

Enter IFS. Several years ago I went to a retreat in Mexico to be immersed in a “new” therapeutic method called the Internal Family System. I remember being on the plane and hearing a voice in my head saying, “Are you nuts? You’re gonna be trapped with a bunch of strangers doing group therapy for a week?” To which another voice rejoined, “You’re asking me this now? On the plane?”

I met Dick Schwartz and Barb Cargill and discovered that those voices in my head belonged to different parts of my system that were trying to get my attention. Once I got that, and learned how they were mapped out, I was able to both heal (unburden) parts of my own system and know that the work I was doing was indeed facilitating permanent change in my client’s systems as well as supporting them in relying on their own Self energy.